Difference between revisions of "USS Vindicator"

"We shall not cease from exploration, and the end of all our exploring
will be to arrive where we started and know the place for the first time."
—T. S. Eliot

The Vindicator is an Explorer type starship on sector operations duty in the Beta Quadrant. Originally an Excalibur class starship, the Vindicator was rebuilt and the new designs are now being used for future Excalibur refits.

With a new ship and a fresh start for many the Vindicator continues heading further out on their mission of exploration.

Along the way a signal is received from a remote Romulan colony, asking any who hear it for assistance. 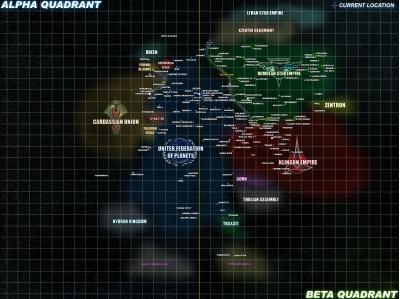 In 1863 the USS Vindicator was a 750-ton steamer purchased by the US Navy and then used by the Union army during the American Civil War starting in 1864. The ship was primarily used as a ram gunboat performing patrol and reconnaissance duties along the Mississippi River.

She was decommissioned in 1865.

The USS Vindicator was later transferred to the United States Coast Guard and became USCGC Vindicator. She was used as a mother ship for pursuit boats intercepting drug smugglers.

The Excalibur-class USS Vindicator
In 2407, after the switch to Beta Fleet, the Vindicator changed once again, this time becoming a new Excalibur class starship, a massive class of Explorer ships, and given a new registry number (NCC-78213-C).

In late 2410, the Vindicator was effectively destroyed in a battle with Vanguard forces. The superstructure was mostly intact but much of the hull and major systems destroyed. It was hauled back to Starbase Versailles to undergo a reconstruction. Six months later the new USS Vindicator launched (with the class designation Excalibur Refit) and a registry of NCC-78213-D.

Once the crew continued their mission of exploration, they made contact with the species known as Veraki, a pre-warp civilization according to the last reports. It turns out the Vindicator arrived just in time to witness their first successful warp flight.

In October of 2412, the crew of the Vindicator transferred to the newly commissioned USS Vindicator-E, a brand new Discovery class Deep Space Explorer.

Detailed specifications for the Vindicator can be located on the page for the Discovery class.

A deck layout for the Vindicator is located here.

We make every effort to keep this roster up to date, but the best way to see what positions are available is always on our site's roster.