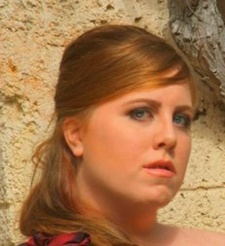 I am a geek at heart, but am most at home on the back of a horse. Just by looking at me, you’d never in a billion years guess I was a complete and total nerd – aside from maybe the quintessential nerd gear glasses ;). At home I’m a wife and mother, I have a menagerie of animals included dogs, cats, fish and horses. I’m a proverbial Doctor Do-Little with an insane amount of knowledge when it comes to the animal kingdom and history working with wild marine mammals and feral horses.