Born in London, England - Eric never knew his parents. As an unwanted orphan, he bounced around the Federation's fine orphanages and foster system. Being a bit of a brat, Eric never really settled anywhere, and tried the patience of just about everyone. He was never adopted, because no one really wanted the handful kid. 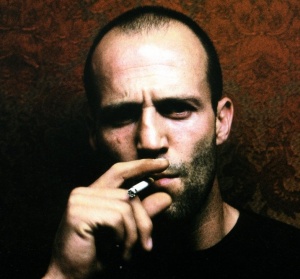 So, when he was 18, he was released from the foster system and onto the streets of London. Here he quickly learned to toughen up, for even in the blissful utopia of the Federation, life on the streets was hard. He fell in with a gang, and became street muscle, enforcing and knocking down people for money. He did this rather well for several years, until one day he was caught in a raid by police.

He was offered a choice, turn on his gang, or do serious time. At first he remained loyal to his people, but a visit from a Starfleet officer; Captain Xander Quinn, he was convinced that he had misplaced his loyalties, and that the gang would trade him in if in the same position. This turned out to be prophetic, since his own partner was trying to rat him out in the next room. Feeling hurt and betrayed, Eric turned on his gang.

Fearing for his life, Eric was faced with leaving Earth. At the insistence of Captain Quinn, Eric took the Starfleet Academy aptitude test, and scored a reasonable pass. With that in hand, Eric enrolled in Starfleet, at a time when the quota was down, and getting into the academy was much easier. Had it been any other time, his past would've prevented his acceptance, but the convergence of random factors had allowed him to gain access. 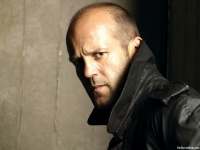 Eric graduated four years later, admittedly in the bottom half of his class, but not at the very bottom. He entered the security field, since he felt he had an aptitude for the grunt work. He worked hard, earning himself a place on the USS Forester as a junior security officer.

Eric's service was fairly unremarkable for the first ten years of his career. He served well, earning promotions at acceptably regular intervals. He was now a Lieutenant Commander, and chief of security of the USS Fitzpatrick, when his steady and calm life took a rather unexpected turn.

A bold cadre of the Orion Syndicate launched a daring raid on a Federation world, and the USS Fitzpatrick had the unexpected grace to be there when this happened - unknown to the Orions until too late. They attacked the Galaxy class starship, which had been visiting Hevron 5 for shoreleave, so the CO and XO were on the planet. Eric had been left temporarily in command, since he hadn't wanted shoreleave.

The attack proved to be a decisive moment in Eric's career, since up until now, he had not commanded a ship in any real adverse conditions. Holding a bridge watch now and again on routine duty was one thing, but this was a whole new area for the lad from London. All his tactical training came to him at that moment, and he was able to process information as it was thrown at him in a calm and controlled fashion. He was able to deal with the five Orion raiders, despite the damage they had inflicted on the Fitzpatrick.

The CO and XO returned from the surface, and Captain Williams was full of praise for Carpenter's actions and abilities. He was recommended for command school, and with the positive after action report from Captain Williams, Carpenter was accepted. He spent eight months in the command college, earning himself a strong pass - eighth in his class. He returned to the Fitzpatrick, and was immediately promoted to Commander.

Now that he was a command graduate, he was on the waiting list for a command billet. This didn't really bother the Londoner all that much until two years later, he was selected by Captain Ramsgate to be his first officer. Donning the red uniform for the first time gave Carpenter a real thrill, a feeling of immense achievement.

Eric served as first officer for several years, and moved laterally to the USS Gordon to serve as Captain Wallace's XO. Everyone knew that Wallace was up for retirement that year, and the move was as transparent to Eric as it was to everyone else. He was being put in place to he knew the ship and crew before he took command.

Five months into this tour, the Second Dominion War began, and the Gordon, an Akira class cruiser, was thrown into the front lines. She fought in several engagements, where again and again, Carpenter proved his tactical prowess by giving critical advice to Captain Wallace. Fate intervened at this point, as a daring attack by a Jem`Hadar Attack Wing damaged the Gordon severely, killing a third of the crew - including the 98 year old Wallace.

Carpenter assumed command in the crisis, and had less than three hours to get his battered and broken ship combat ready, or they'd be killed. It was a race against the clock, and it was a race that was won barely by the skin of their teeth. The Gordon limped back home, and Carpenter was promoted Captain and given command of the Gordon.

The Gordon was in several major engagements during the war, and although battered and broken on many occasion, she proved her worth. Captain Carpenter was being hailed as a fantastic tactical commander - not a bad life for a boy who grew up on the streets of London.