From LCARS
(Redirected from Federation)
Jump to: navigation, search

The Federation is the successor to the Coalition of Planets. The founding Member States of United Earth, the Confederacy of Vulcan, the Andorian Empire, the United Planets of Tellar, and Alpha Centauri were subsequently joined by numerous other worlds to form one of the largest states in the galaxy. By 2380, the Federation consisted of 155 Member States.

Alongside periods of peaceful relations and expansion, the Federation was also involved with numerous conflicts, some of the largest and most prolonged being with the Klingons in the 23rd century, and the Borg and the Dominion in the 24th century.

The Federation was located in the Alpha Quadrant of the Milky Way Galaxy. By the early 2370s, the Federation's territory was spread across 8,000 light years, with a membership of over 150 worlds and over 1,000 semi-autonomous colonies. Its major neighboring sovereignties were the Klingon Empire, the Romulan Star Empire, the Cardassian Union, and the Ferengi Alliance. Other neighboring sovereignties were the Tzenkethi, the Tholian Assembly, the Breen Confederacy and the Xindi.

The Federation's government was a democratic federal republic, headquartered on Earth in the city of Paris, France. However, following the events of 2413, during the Siege of Sol - Paris was destroyed.

The Federation government has since moved to London, England. Government offices are located in Whitehall.

However, following the loss of Paris, the Presidential residence was moved to Sandringham House, on the sprawling country estate in Norfolk, England.

After the events of the Siege of Sol, the Federation Council was relocated and reconstituted in the Palace of Westminster, the former home of the British Parliament. Heavily remodeled for modern use, Westminster is the seat of the Federation Government.

The judiciary was the branch of government responsible for resolving legal disputes. It consisted of a hierarchy of courts, with the Federation Supreme Court at its apex. Federation courts sometimes relied on panels of citizens known as juries. The Federation Grand Jury heard testimony as part of criminal investigations, while the Federation Special Jury tried war criminals. Alongside the civilian courts, Starfleet had its own system of court martial|courts martial.

The current home of the Supreme Court of the Federation is London. 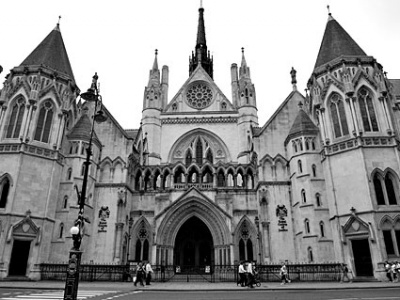 Starfleet was the deep-space exploratory and defensive service maintained by the United Federation of Planets. Its principal functions were the advancement of Federation knowledge about the galaxy, the advancement of Federation knowledge of science and technology, and the defense of the Federation. In addition, it also played a significant diplomatic role. As per its mandate of deep-space exploration, its personnel were frequently brought into contact with cultures and sentient species whose existences were previously unknown to the Federation. Federation Starfleet officers therefore acted as official representatives of the Federation in these cases. Also, Federation Starfleet vessels were frequently used to ferry ambassadors on diplomatic missions.

The basic unit of currency backed by the Federation is called the Federation credit. This currency is used in both internal and external transactions. Federation worlds who possessed resources unavailable elsewhere were obligated to provide consignments of these resources in times of emergency.

Individual Federation worlds were free to employ their own economic models. Bolias, for example, utilized currency based economics (the Bank of Bolias was a major interstellar financial institution). By the 24th century, economic practices on Earth were able to exclude the need for an established currency.