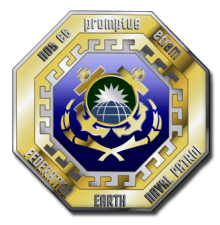 The Federation Naval Patrol was a military organization dedicated to ensuring security and exploring the oceans of member worlds, colonies and Starfleet Bases. They act much like the Coast Guard, Navy and Oceanographic Institute rolled into one force and have been called the Starfleet of the oceans.

As a result of his childhood fascination with stories about the ocean and ancient sailing ships, Tom Paris planned to join the Naval Patrol upon graduating from high school. Paris's father, however, who was an admiral in Starfleet, disallowed this, and pressured Tom to join Starfleet as well.