Reason Academy has now been placed under Starfleet Command rather than the old services.

The new system being used in UCIP properly, is a system known as your UCIP Rank. This is your highest achieved promoted rank within UCIP as a whole. So if your highest ranked character is a Commander, that is your UCIP OOC rank. This is used as a basis for fleet post assignments and fleet staff rosters and such. So I’m Admiral Frankie, Donald is Fleet Admiral Donald, Jazza is Vice Admiral Jazza, and so on and so forth. This system has been in use for a while, but not widely explained or adopted. You can hold a rank OOC, but not use it IC for example you could be promoted to Commodore, but want to remain a Captain In Character, that’s fine. A new database system is in the works which will record member UCIP ranks.

This, I hope, explains roughly why I have decided to convert UCIP Academy ranks to linear Starfleet ranks. It also helps integrate the academy better into the Starfleet paradigm. Academy ranks were OOC exclusively, but they don’t transfer over well to this new system. To that end, anyone who has served in the academy for long periods of time, have earned Academy ranks, that don’t mean anything to anyone outside of the Academy – and OOC merit is being overlooked.

People who presently hold lower ranks than these on SIMs, but hold high ranks in the academy have just had their OOC ranks elevated to those new grades. This is to reflect the years of service and devotion to UCIP that you have performed whilst in the Academy. If your OOC rank is higher than your Academy rank is now, and you wish to change your rank to reflect that, please contact me or Jim. If you wish to change your rank to a marine grade, also contact us.

Promotions within the academy will be performed along the existing promotion policy currently in use in the Starfleet division, but activity will be measured based on your monthly reports instead of x weeks active. Jim Scott will be responsible for promotions within the academy, with the exception of promotions to flag rank, which will remain the decision of the Starfleet Commander. Jim Scott can promote you upto and including Captain, for your academy service. If you are due for an academy promotion, none of your promotion times have been erased, and Jim will promote anyone who was close or due for promotion at his discretion. Jim, if you need to promote anyone to Flag rank, please email me, and we’ll discuss it.

This decision was reached with a great deal of care and consideration for members of UCIP Academy, who have worked very hard for UCIP, but have to date not been officially recognised for that achievement in UCIP at large. I hope that this decision today reflects a change in that mindset.

A new academy web-page will be made available soon, through the LCARS page. The original lists haven’t changed, and as soon as we can, we’ll put course guides and contact information on the wiki for students to access. As soon as this is available, you will be notified. Until then, proceed as you have been.

Reminder to Captain’s that the emphasis is on you to make sure you contact the SIM Guide team if you get a new recruit who is NOT a returning/existing UCIP member. There is no errors list, and the academy has no way to know if the recruit is new or existing. Email acadex@academy.ucip.org with your cadet’s name, email and position on your SIM. Captain’s who fail to enrolee their cadets will receive my displeasure. :P 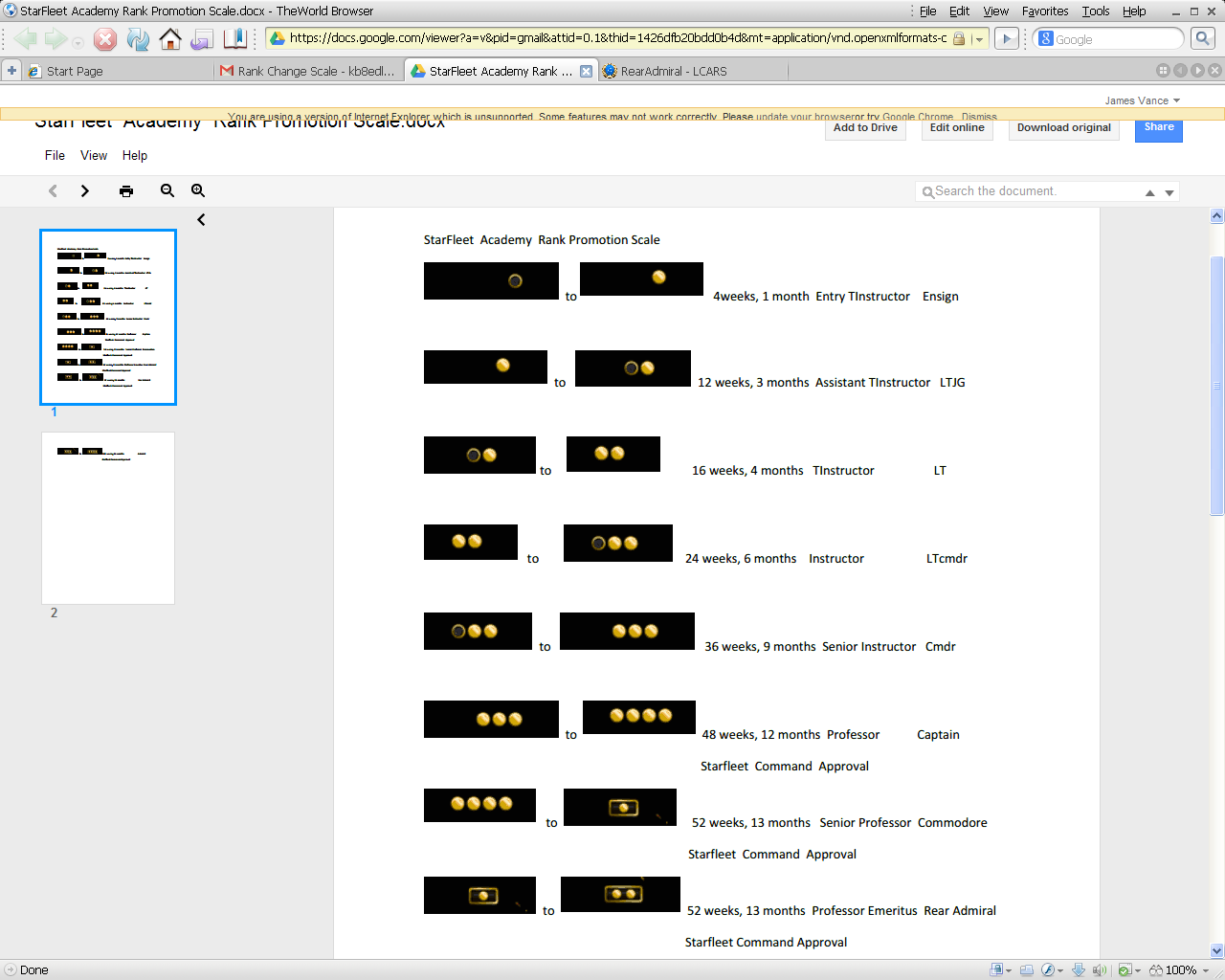 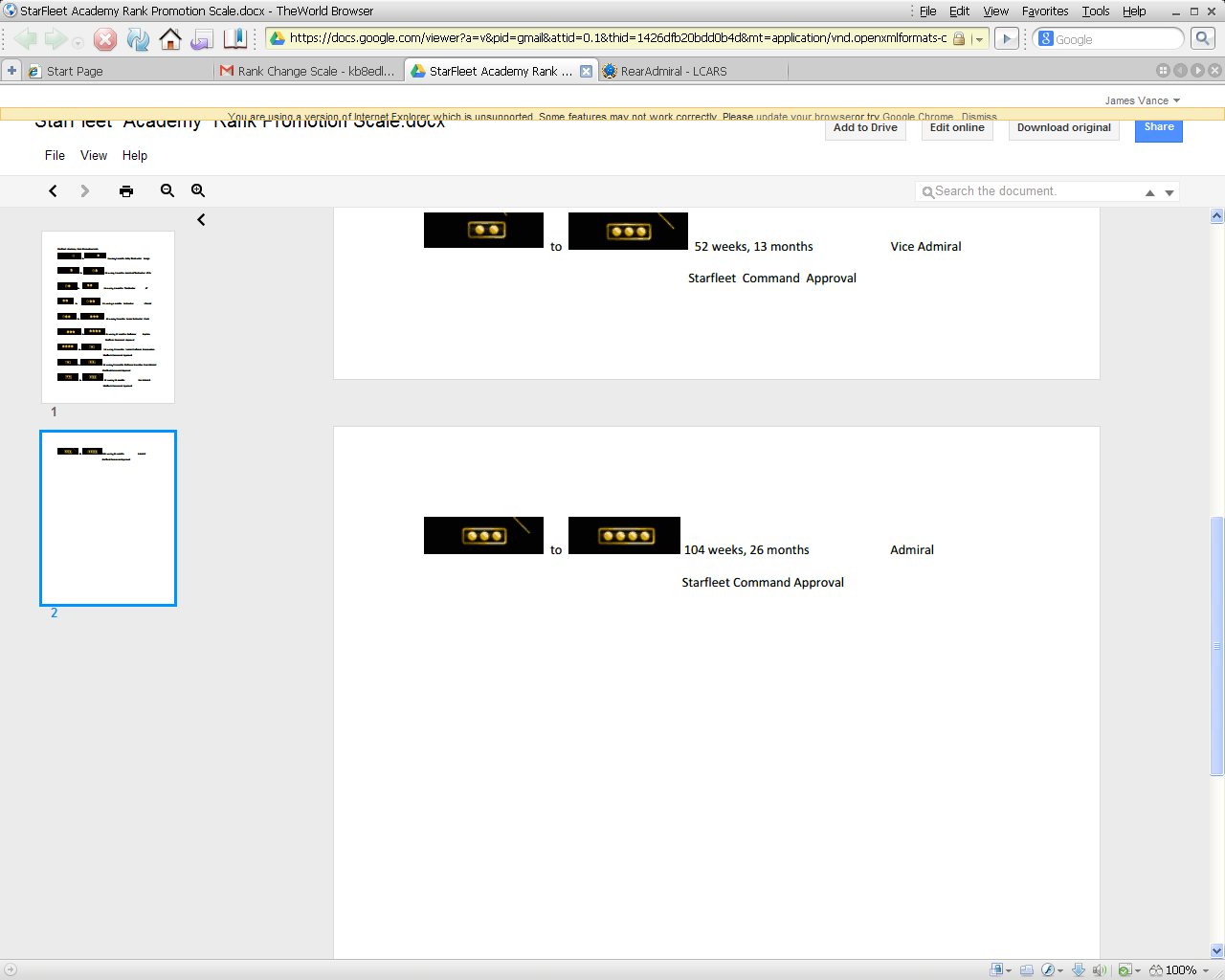 Back to Jim Scott